The Newcastle District Cricket Umpires Association Inc. has endorsed and adopted the

‘Looking After Our Kids’ Code of Behaviour for Affiliated Associations and Clubs, and Australian

Cricket’s Commitment to Safeguarding Children and Young People, effective as at 19th November 2019.

All inquiries to be directed to: –

For those interested in becoming a cricket umpire or attend as a refresher for an upcoming course :

The next Umpires Course has been scheduled for: – Saturday 10th and Sunday 11th September 2022.

Please register your interest via:

Refer: ‘Join Us’ and ‘Become an Umpire’ Links on Home Page

Or send an email to: –  secretary@ndcua.com.au

NDCUA Training Officers will then be in touch to process your enquiry. 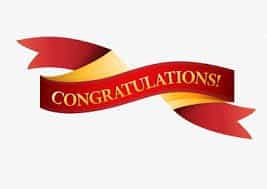 Thank you to all those members who attended for what was a very enjoyable evening.

It was terrific to see members and guests getting together and relaxing in an informal atmosphere.

All present celebrating with those members who were acknowledged  for their efforts during the season.

Members were also presented with the following Acknowledgments:

Courses are available offering full accreditation to enable you to umpire all formats of cricket in the Newcastle District Cricket Association competitions and beyond.

The formats include – 2 Day matches, 1 Day matches, T20 matches. There are also separate Masters and Women’s Competitions. In addition members are also involved in Junior and Veterans fixtures.

Additionally there is a high demand for our Umpires to officiate in school matches around Newcastle and the Hunter District.

Take up the challenge and become a Qualified Cricket Umpire today.

If you are interested please fill in the form on this page and our Chairman of Training, Kim Norris, will be in touch with you.

This interview with Kim Norris was conducted at Inverell after Day 2 of the NSW Country Championships – match between Newcastle Zone and North Coastal Zone on 4th November at Varley Oval.

NDCUA umpires have umpired at State and Country NSW Levels and the Association is affiliated with New South Wales Cricket & Umpires Scorers Assoc (NSWCUSA). Members have the option of also joining the Sydney Grade Umpires Association. Our History

Meetings are held on the third Wednesday of each month from July to April, starting at 7.00pm.

New members & registered umpires of other Associations are also always welcome to attend these monthly meetings.

You are welcome to meet up for a pre-meeting meal at the club from 6.00pm to enjoy the fellowship of members and guests.

As a member, if you cannot attend a meeting you are expected to forward an apology.

A striker from Belmont hits a fair delivery which strikes the helmet worn by a Toronto fielder and is then caught by another fielder, all without the ball touching the ground. There is an appeal. How shall the appeal be answered?

A Waratah striker hits the ball high into the air and is caught by a City fielder in the deep. As she catches the ball, the fielder overbalances and, as she falls, throws the ball into the air. The ball lands on the ground. Would you allow this as a fair catch?

A= No. The fielder was not in complete control over her movement. (Law 33)

The opening batsman from Hamilton-Wickham plays back to a fast delivery but at the last moment he decides not to play the ball and takes his bat away. In doing so, he dislodges a bail. On appeal, should the batsman be given out Hit Wicket?

A= Yes. His movement was action taken in receiving a delivery.  (Law 35)

After hitting the ball, the striker from Merewether remains in her ground, but the non-striker runs. Both the striker and non -striker are behind the popping crease at the wicket-keepers end when the wicket at the bowler’s end is fairly put down by a fielder from Cardiff-Boolaroo. Who is run out in this situation?

Please fill out the form below and we
will reply to you as soon as possible.